A couple of weeks ago, I joined the Fronteers Jam Session to talk about something that I’ve been working on in the last couple of months: the ways in which CMSes can bring accessibility benefits. This is a written version of that talk.

Note that these are just some examples of things that CMSes can do… truth is, I only had ten minutes. But still, I’m hoping more people will think of CMSes as accessibility accelerators, as there is lots of potential!

As an industry, we have gotten a lot better at designing content on the web since the early days. Away are the times of boring looking documents with little white space and ineffective typography.

We have gotten better at web design since this.

Part of why we got better, is that modern CSS has gotten some exciting new features in recent years. We now have things like variable fonts, HSL colours, blend modes and floats that are not rectangular. And of course, there’s this now widely supported new lay-out mode: Grid Layout. It lets us be intentional about white space. We can lay content out in ways that we truly did not have before.

Something else that has changed is how we thing about what we are designing. Thanks to the work of people like Alla Kholmatova (Design Systems) and Brad Frost (Atomic Design), we have, as an industry, started to think about our work in terms of components or patterns… distinct pieces of functionality, rather than full, all-encompassing pages. 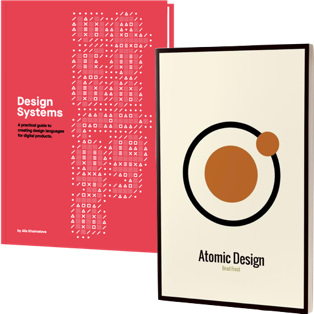 This leaves us with a new content management challenge. Previously, these long documents could be edited with one big block of WYSIWYG-text. Components require something different, you would probably create fields for every bit of data they contain.

A teaser component might have fields for a title, sub title, call to action text and link destination, for instance. For front-end developers, that might mean you can have all this data as strings, and wrap it in whatever HTML makes most sense. This isn’t necessarily new or recent, many CMSes have had this option for years, and it is has become the standard in headless systems. But still, many large organisations don’t.

There is also a different content management trend that addresses our new component-based world: visual editors. Or, as they’re sometimes referred to: “no code editors”. This might sound worrying to all front-end developers, because when you wrap markup around data, you can do all sorts of good for performance, code quality and accessibility. Having a system deal with all of that automatically is… scary? And what about accessibility specifically, what if this harms actual users?

I could turn this question around… what if CMSes benefit actual users, by having accessibility built in?

The accessibility standard for CMSes

Accessibility standards consider CMSes as part of a larger group, that also includes other tools, like Learning Management Systems (LMS), wikis, social media, WYSWIYG editors, ”Save as HTML” functionality… basically everything that creates web content or facilitates the creation of HTML. These tools that create web content are also known as authoring tools. They can potentially improve a lot of accessibility at once.

Among a number of standards and specifications, the W3C has published three standards for web accessibility (“Accessibility Guidelines”):

So yes, there is a standard specifically about the accessibility of authoring tools, including CMSes and other things that produce HTML (see also: ATAG at a glance).

There are two things that ATAG requires from CMSes: they should be accessible themselves (i.e. work for people with disabilities), and they should encourage accessibility (i.e. produce and assist content editors with producing accessible output).

Creating an accessible editing experience means that people with disabilities have no barriers to create content: they can use the buttons, understand relevant context and access the interface with the input method that works for them.

To give some examples, and yes, these also exist on websites that are not CMSes:

Accessible names
A common accessibilitity issue is that the buttons in the interface are visually just icons. To make those work for users of assistive technologies, it is important that they have proper labels or accessible names. More about this in Naming things to improve accessibility
Keyboard accessibility
Something else that is common in CMSes is that they require a mouse to be fully used. By ensuring keyboard accessibility, you can make the interface work for various groups of people. This includes indicating what has focus. See also: Indicating focus to improve accessibility
Zooming
Some users will be using the CMS interface with their screen set to zoom in considerably, say 200 to 300 percent. This works well in the type of text documents I discussed at the start. On the web, text just reflows. It becomes more tricky in complex CMS interfaces, because there could be floating and sticky things that overlap with content when zoomed too much. See: Test content scaling

An interesting overview of what accessibility issues could look like in a real CMS is the crowdsourced accessibility audit that was done for WordPress’ new Gutenberg editor. As someone who is interested in the accessibility of content management systems, I am grateful that this was released publicly, this way everyone can learn.

Apart from breaking barriers in the editing experience, we can also break barriers for users of the actual website. If we improve how HTML is produced by a CMS, we can potentially make a difference for all pages and sites produced by it.

Most front-end developers will be aware images require alternative text in their alt attribute (or a conscious decision to leave it blank). Yet lots of websites lack it on some of their images. I don’t think this is because people aren’t aware of what the alt attribute is for. This could simply be a responsibility issue: the developer only built the template, the content editor only used the template, etc… Somewhere in between the attribute did not get shipped to the user.

The CMS could be smart about this. It could:

If you’ve accidentally used “Swbmit” as a button text, that might not impact visual users so much, as they will probably see from the visual context what the word should be. For someone using a tool like Dragon NaturallySpeaking, which lets users tell their computer which buttons to click, the mismatch could be more problematic. For someone who uses a screenreader, it could also be annoying to have misspelled content, because if it is misspelled, it will get mispronounced , too.

What if the CMS had a built-in spelling checker? That way, we could identify issues before they exist, and fix them before they get shipped to the user.

When your site uses that design pattern where there is a text layed over a photo, it matters a lot what the photo is. Is it a dark-ish photo with light text on it, or are text and photo both light? The latter could lead to super low contrast, and with that, barriers for all sorts of users. This can affect people with various kinds of visual impairments, but also people who are outside in the sun, or those who have turned Brightness on their phone down to safe battery life.

Colour contrast issues can be programmatically detected, so why not do it right in the CMS? After uploading a new header image, the CMS could do a quick contrast check and display an error if the page no longer meets the criteria. Again, we could identify issues before they exist, and fix before shipping.

Whether it be with automated checks, carefully crafted content editing screens, extensive documentation of accessibility features… if we manage to bring some of our accessibility fixing to the CMS, we may be able to prevent barriers from shipping to users.

As front-end developers, we are all involved in the creation of web content. With this post, I hope to have given some examples of how CMSes can help create more accessible web content. Of course, it is just a couple of examples… but I think there are CMS-based solutions like this for a lot of different accessibility problems that we see on the web today. To be continued!

Jens Oliver Meiert wrote on 11 May 2022:
Yes! Our software could so much more. Fortunately, there seem to be exciting improvements right now—loved @tomayac pointing out the following improvements in @MicrosoftEdge, exactly in this spirit: blogs.windows.com/windowsexperie…