The other day I watched a talk in which the speaker criticised PPK for trying to come up with a definition of a ‘real developer’. Many people have said it is ridiculous to frame developers with words like that. The wording is probably inapt. But is there much inherently wrong with setting standards for what a real/good/professional/sufficient way to exercise our trade is? In this post I will look into that question.

For me personally, ‘real’ feels ok to use in the context it was used in, but then I am not a native speaker of the English language and I only know some connotations of the adverb. Obviously, its opposite is ‘fake’, which isn’t a nice thing to call anyone. I think the intended meaning of ‘real’ in that particular talk is similar to ‘professional developer’, which is the word I will use here, hopefully not being overly controversial.

We need diversity! With ‘our industry’s diversity needs’, I mean that a large part of us web developers, myself included, think it is very important that the web industry welcomes all, should strive to be as diverse as possible and possibly have mechanisms in place to ensure it is very attractive for newcomers to join the industry.

The web is for everyone

The amazing thing about the web is, it is for everyone. This is a phrase that applies to having a place on the web, as well as working on websites. Nobody should be stopped from running their own Vengaboys fan page, or their website with hiking tips in Seoul. Or with their search engine, or their social medium, although those arguably do require some legal framework to operate in. My point is: you don’t need anyone’s permission. Everyone can make and have a website.

The web technology community should also be a welcome environment to everyone. Everyone should be welcome to contribute stuff, no matter whether you’ve played with Service Workers or CSS animations on your Vengaboys fan page or while working for Facebook. 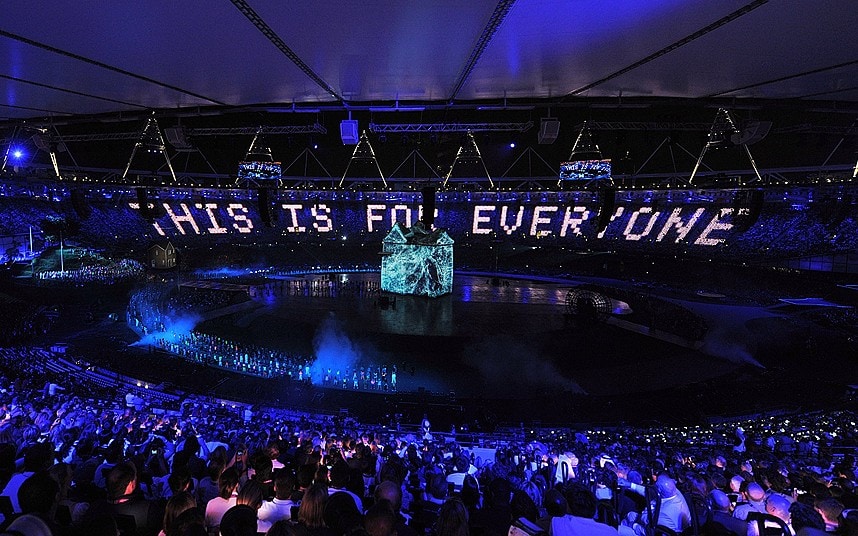 At the London 2012 Olympics opening ceremony, Tim Berners-Lee tweeted “This is for everyone”. The letters simultaneously showed on the big screen. Source: Telegraph / PA.

This is because I want to make sure my bank information is transferred securely, my parking application is treated confidentially, my news site is not hacked and filled up with fake news, and my public television’s live TV thing streams fast and in HD.

Critical websites should be:

So, everyone can do stuff on the web, by all means. But if they’re doing this professionally, especially on society critical systems, we can expect them to have a certain skill level.

Other industries do have standards

What if someone said:

Would the above statements be offensive or scare new people from the respective industries? I beg to differ, I don’t think they are.

Note that when I say dentist, pizza chef, accountant or mortgage advisor, I am talking about those who do it as their profession and charge their clients for their services. Needless to say, all of those people could have interns or apprentices for whom it is absolutely fine to not know all the tricks of the trade.

Who knows what ‘knowing what you’re doing‘ means? What’s the industry body that prescribes what the good and the right is? I think this is a question that is extremely hard to answer, especially for the web, as there are many ways to do things. But let’s not give up there, at least not for this thought experiment.

Let’s look at some other industries first. Pizza makers, dentists, accountants and financial advisors all have industry bodies that decide for the whole industry what’s right and what’s wrong.

Pizza makers have the Associazione Verace Pizza Napoletana, and I quote:

Accountants have the body of Chartered Accountants:

Now I’m not saying a member of a royal family needs to get any say in this, I just want to point out that for other industries it is quite acceptable to have some form of standard.

Lawyers in The Netherlands have to go on courses yearly and if they do not show up or fail to collect all the credits the bar prescribes, they could lose their license.

I think it would be okay to have expectations of professional developers, and looking at other industries, there are ways to establish them. Web technology changes a lot, and there are many specialisations, but the same goes for law and accountancy.

How to do this for front-end developers?

Who should do this and how they should go about it? Can a team of, say, 5 people just come in and make a list of requirements that will be taken seriously by the community? Are basic HTML, CSS and JavaScript like the tomato sauce for pizza chefs, or is it understanding of MVC and two-way data binding? These questions are beyond the scope of this article, but they are certainly difficult problems that would have to be solved. I think we can all agree it will be a huge challenge for the web industry to find people as well as ways to establish standards for professional exercise of our trade.

In conclusion, I think having certain expectations of developers that build critical systems seems sensible. If we want to have high quality things on the web (in terms of security, performance, accessibility, etc), having standards could help. When it comes to critical systems like banks, government and news, we even should!

As I said above: the web is for everyone, it is relatively easy to start making stuff for it and I don’t think that should ever change. For most websites.

and Sebastiaan Andeweg liked this