Boolean attributes in HTML and ARIA: what's the difference? 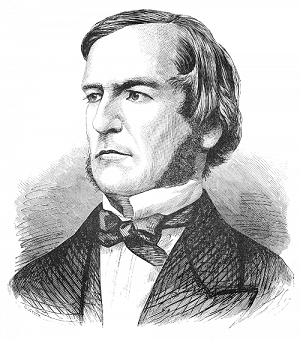 George Boole, the philosopher and mathematician who came up with a type of algebra that has just true and false as its variables

Boolean attributes in HTML are true when they are present:

So, if a checkbox is checked, it has the checked attribute, otherwise it does not. The attribute, when present, can have any value, like checked="checked", though the HTML spec explicitly says we should not use true or false as attribute values for boolean attributes:

The values “true” and “false” are not allowed on boolean attributes. To represent a false value, the attribute has to be omitted altogether.

It would work though: the checked attribute works with any value, even checked="true" or checked="false" represents that the input is checked:

In some cases, browsers will help us manage the presence of these attributes. They don’t for checked, but they do for details/summary (the open attribute on the details element when its summary is expanded or collapsed). In other cases, the browser can’t manage presence or absence, like for the required attribute. Whether an element is set to required, is up to the author’s intention, the browser defaults to “not required”.

The attributes I discussed earlier are what specifications call ‘content attributes’, we write them in our markup. In JavaScript, we can also affect the truth value of these HTML attributes with so-called IDL attributes, for instance:

In ARIA, there are also attributes that can be true or false, but their state is expressed differently. It is a different language than HTML, after all. HTML is the most common host for it, but ARIA can also be used in other languages, like XML and SVG.

According to the type mapping table in the WAI-ARIA 1.1 specification, there are three different attribute types in ARIA that explictly list ”true” and “false” as possible values:

That’s not all, as there are also properties with different and larger sets of possible values:

All of these fall into that “keyword and enumerated attributes” bracket, they take a nullable DOMString.

Scott O’Hara wrote about this upcoming feature in his post New in ARIA 1.2: ARIA IDL attributes.

Some examples of these differences:

So, there are boolean attributes and keyword and enumerated attributes in HTML. When ARIA booleans are used in HTML, they are of the latter type. They take one of two keywords: "true" or "false". There are also ARIA attributes that take "true" and "false", but also other keywords in addition. Those may look like booleans at first sight, but are not. That’s all, thanks for reading!

Thanks Eric Bailey, Scott O’Hara, Eric Eggert, David Luhr and Erik Kroes for their valuable feedback on earlier versions of this post.

Martin Underhill wrote on 10 May 2022:
Oh, I missed that! Much better than mine 😅 I’ll update mine with a cheeky link to Hidde’s post. Thanks for the heads-up 👍

Eric Eggert wrote on 10 May 2022:
No worries. The more people are aware of it, the better.

Hidde wrote on 10 May 2022:
great minds etc! Nice to see more content about this!